The growing stresses of urban environments are requiring that as designers we rethink how we define architectural adaptation. In order to explore one approach to adaptation, this conceptual investigation looks at the potential of a symbiotic relationship between a proposed architectural organism and an existing, poorly-functioning host building. After considering the variety of building elements that could be redeveloped to adapt to changing environmental conditions, the HVAC system offers the most potential within its functional and spatial relationship to a building.

The proposed system is designed as a “plug-in” upgrade for existing buildings that have no centralized and limited localized methods of indoor environmental control. The plug-in takes advantage of the structure already in place while unifying all of the disjointed elements of a standard HVAC system into a responsive network, which allows the host to adapt to the test conditions. In redefining the HVAC system, the proposed network functionally and spatially reinvents its host. The new symbiotic relationship provides a better indoor living environment while also acting as an urban forest by giving clean air back to its surroundings. 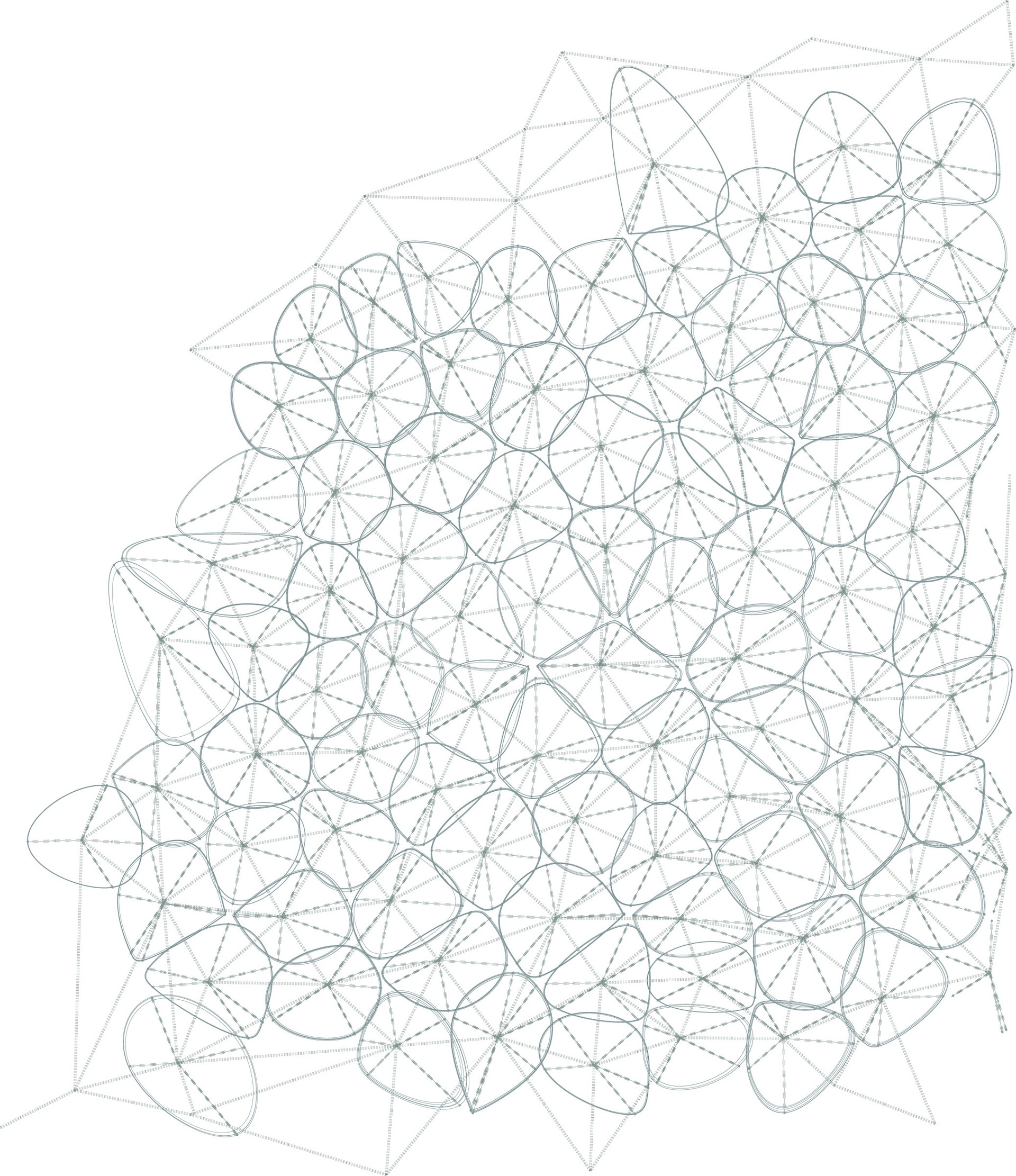 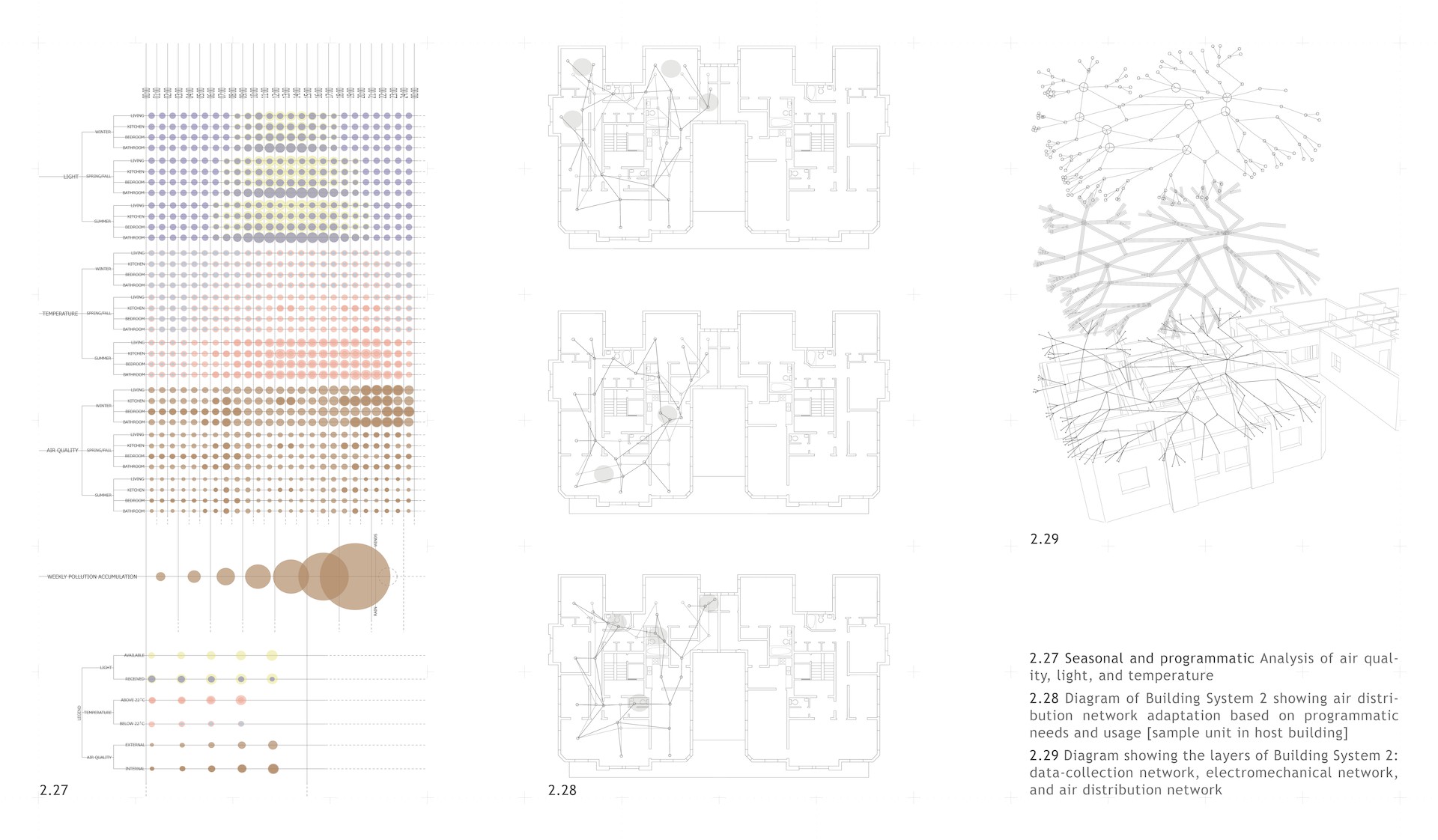 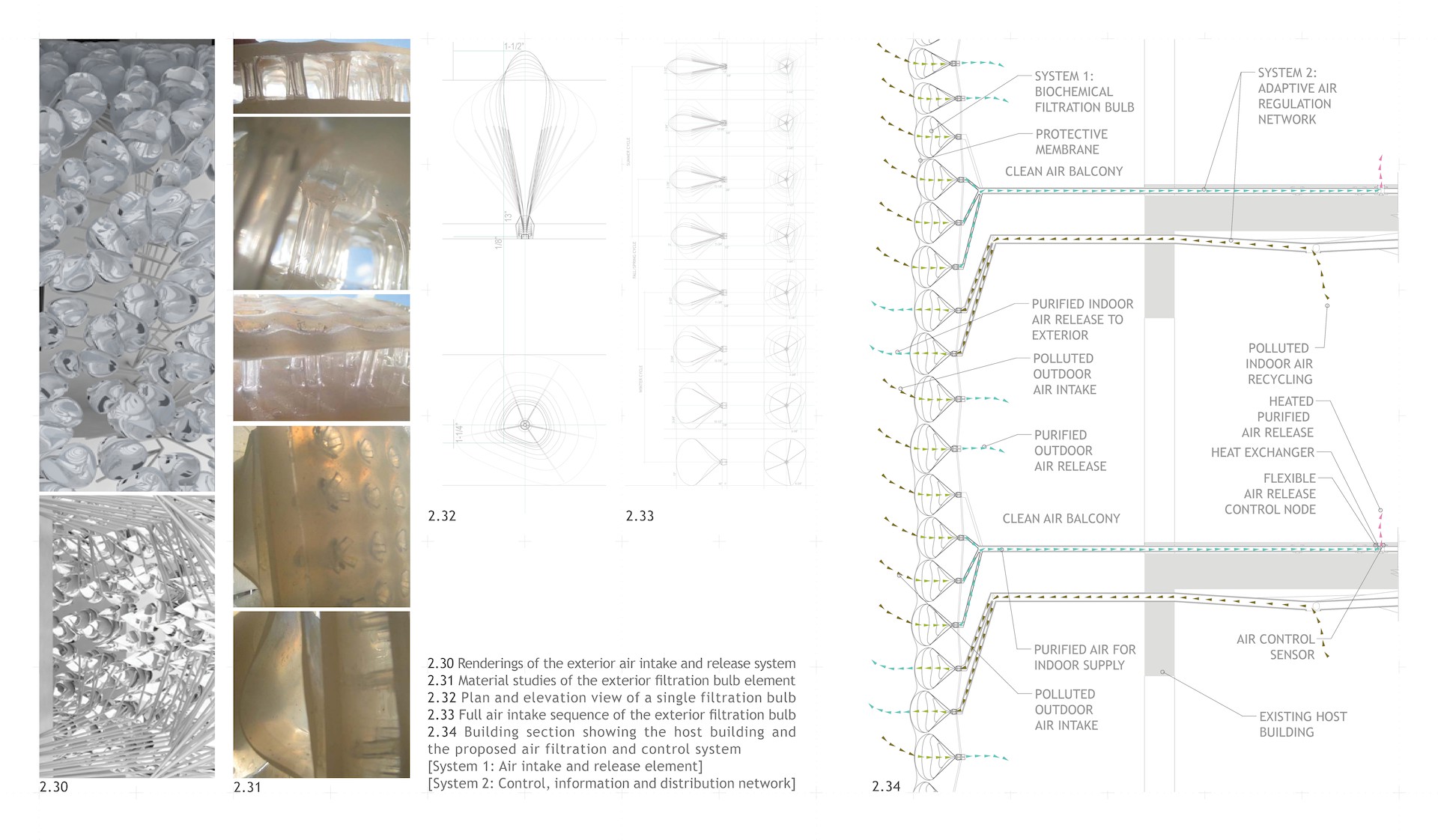 PREVIOUS PROJECT
back to top
NEXT PROJECT